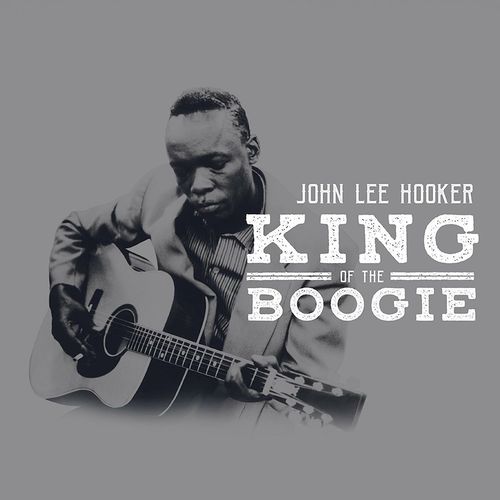 Bonnie Raitt, who features on this box set’s 1989 duet remake of Hooker’s early 50s US R&B hit, I’m In The Mood, once described the Mississippi man’s guitar sound as “the most erotic thing I ever heard”, which is wholly understandable perhaps, given that her first encounter with his music was when she was an impressionable teenager who had grown up in an affluent, Hollywood-based Quaker family. Hooker’s distinctive “boogie” playing, which had a crude, untutored rhythmic virility, projected an aura of primal sensuality that would have seemed alien to, and several worlds away from, Raitt’s own privileged and cocooned milieu.

As a budding guitar player, Raitt might have been smitten with Hooker’s rough-hewn fretboard work but, as the 100 tracks on King Of The Boogie cogently demonstrate, the blues man’s declamatory, almost sepulchral, vocal style was an equally important component of his music. And so, too, on his early records, was his stamping foot, which functioned as a no-frills but supremely effective rhythmic accompaniment. The alchemical potency of those three elements can clearly be felt on the first disc of the set, which spotlights such classics as 1949’s Boogie Chillen’ (JLH’s first US R&B chart-topper, recorded for Modern Records), Crawlin’ King Snake, and Hobo Blues. It also features rare recordings that Hooker made under the names Texas Slim, Delta John, John Lee Booker, and Johnny Lee.

It’s arguable that Hooker’s late 50s and early 60s rhythm section recordings, found mostly on Discs Two and Three, while more acceptable to mainstream record buyers, perhaps, weren’t nearly as powerful as the late 40s and early 50s recordings that saw him billed as “John Lee Hooker And His Guitar”. Though his records with a backing group (exemplified by the well-known Boom Boom and Dimples) diluted some of his elemental rawness, they succeeded in taking Hooker to a new, mainly white, audience, especially after blues-obsessed British beat groups (among them, the Stones, The Animals, and The Yardbirds) covered his material, sang his praises, and cited him as a key influence.

Disc Four is devoted to an array of live recordings. Featuring unaccompanied material as well as songs with a full band, they vividly illustrate what a magnetic stage performer Hooker was. He possessed a charisma that was at once slightly intimidating and yet warm and earthy. In sharp contrast, the final disc focuses on collaborations, mainly from the singer’s twilight years, with the likes of Eric Clapton, Carlos Santana, and Van Morrison. By this time, Hooker had done his best work, and these super-slick modern studio performances don’t add anything remarkable to his canon, though offer incontestable proof that rock stars were queuing up to bask in his fame and befriend a legend.

Unlike many of his peers, when he died in 2001 aged 83 (or 87, depending on which birth date you believe), Hooker was living a rock star lifestyle and enjoying worldwide fame. “I got a long, stretch black limousine”, he once famously declared with a mixture of pride and disbelief back in 1995. “Bar in it, VCRs, telephone, everything.” Though he was lucky – many of his blues-playing contemporaries weren’t so blessed with recognition and material wealth – Hooker deserved every bit of good fortune that came his way in later life, especially considering how influential he was and the huge debt that many musicians owed to him.

But while the music collected here has ultimately been Hooker’s ticket to prosperity, awards, and the good life, its real value is its cultural and historical significance. The music that he created 60 years ago, even today in the 21st century, remains an essential part of the DNA of rock music. It’s (yep) a veritable boogie wonderland.