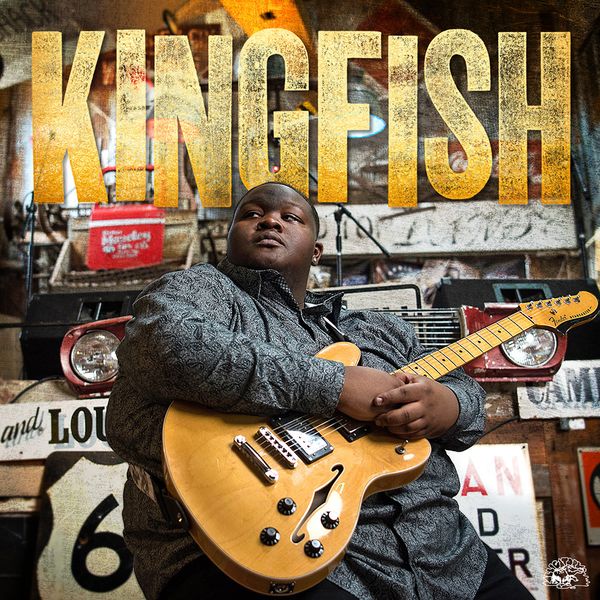 Christone “Kingfish” Ingram was born to Princess Pride Ingram and Christopher Ingram in 1999. Exposed to the rich Gospel music emanating from his family’s church, combined with the Blues he heard being played by musicians in his Delta neighborhood, also learning at the Delta Blues Museum under the tutelage of Daddy Rich and Bill Howl – N – Madd Perry and being a cousin to the great and legendary Country music singer, Charlie Pride, Kingfish became a natural sponge of musical talent.

At the tender age of 6, Kingfish began playing the drums. Three years later at the age of 9, he took up the bass guitar. At the age of 11, he began playing lead guitar. By the age of 14, he had mastered all three instruments and has added vocals to his ever growing list of talents. Kingfish’s guitar influences run the gamut of the Blues from the Delta Blues of Robert Johnson, Elmore James, Muddy Waters, and Lightnin’ Hopkins to the electric Blues of B.B. King, Albert King, Big Jack Johnson, Albert Collins, Freddie King, Lefty Dizz, Lucky Peterson, Little Jimmy King and Buddy Guy to the Blues Rock of Lance Lopez, Joe Bonamassa, Eric Gales, Stevie Ray Vaughn, The Allman Brothers, Jonny Lang, Steve Marriot, Prince, Michael Burks and so many others. Surprisingly at such a young age, he can play just like his idols and mentors and possesses the additional ability to create a Blues sound entirely his own. It is refreshing to see a young person return to his musical roots and master a genre of music that was created and was popular even before his grandparents’ generation and renew its popularity by breathing new life into the music.

Kingfish has shared the stage with household names such as Bob Margolin and Guitar Shorty and has played festivals and venues all over the southern region. He’s even opened for Buddy Guy! Even though he’s from the Delta, surrounded by all of its plantations and and he travels Highway 49 and Highway 61 on a regular basis, unlike many of his musical predecessors from Mississippi, Kingfish never had to pick cotton or sell his soul to the devil at the infamous Crossroads. Yet, this child prodigy’s soul is possessed with the feeling, passion and fire of the much older men who created the most important genre of American music, the Blues.

Kingfish is a living phenomenon, soon destined to be a living legend!!!