In a long and storied career, the musically versatile Johnnie Bassett had been a go-to player on the city’s bustling club scene of the ’50s and ’60s, and was a member of the Fortune Records house band the Blue Notes.

He accompanied a litany of brand-name artists, including fellow Detroiters John Lee Hooker, Little Willie John, Smokey Robinson and Nolan Strong, and was friendly with a young Jimi Hendrix during the latter’s early, blues-oriented Seattle years.

“This is one those artists where everything just came together — jazz, soul, blues, R&B,” said publicist Matt Lee. “We’ll never see his like again.”

The past two decades saw the laconic Bassett emerge as a singer and front man at the encouragement of musician R.J. Spangler, who spotted the guitarist playing on a low-key side stage at the Montreux Detroit Jazz Festival in 1991. Together they formed the Blues Insurgents, and Bassett enjoyed a late-life second wind as his name became acclaimed in international blues circles.

Spangler declared Bassett to be the best Detroit bluesman of all time.

“He had the tone, and the feeling, and the ability, and the subtlety in his playing that far suprassed all the others,” he said. “The same fire and musicianship that you heard on his early sides as a session guitarist — he still displayed that right up to his death.”

He became known as Detroit’s Gentleman of the Blues, with a playing style that fit the moniker.

“He told me many times that unlike these guys who play really loud, he liked to turn his amp down and draw the listener in,” said Lee. “That’s how you’d know somebody is really listening.”

“Buddy stood on the side watching,” Lee recalled. “He turned and said, ‘That’s how they really played the blues.’.”

In a Free Press interview in June — tied to his new fifth album, “I Can Make That Happen” — Bassett remembered that he had aspired to comedy as a child. He embraced the guitar at 18 when his brother bought a guitar and amplifier at a pawn shop, turning to the blues he’d grown up listening to on the radio.

“I didn’t emulate anybody, but I listened to everybody. Originally I had no aspirations of being a musician,” he said.

His new record opens with the song “Proud to Be From Detroit,” which includes a career-defining line: “I’m proud to be from Dee-troit,” he sings, “a town with a style all its own.”

Bassett told the Free Press in 2009 that even in the blues idiom “I like to keep my music fun and upbeat.”

“I like jump-type stuff because it gives you energy. There’s enough draggy blues to be found, if you’re so inclined. But when you put a little jump into it, people come alive. They need upbeat music to help take them to a better place. I know I do; that’s why I play upbeat blues.” 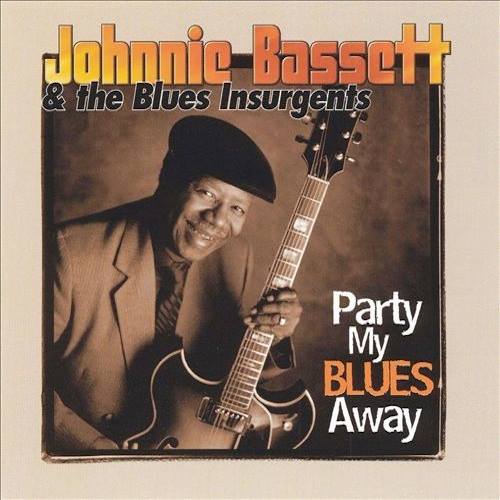