Lightnin’ Hopkins’s influence on Texas blues is surpassed only by that of Blind Lemon Jefferson and T-Bone Walker. Like Walker, Hopkins met Jefferson when he was just a boy and was forever influenced by his exposure to the musician. Hopkins’s original brand of blues was characterized by an unusual sense of rhythm and loose sense of structure. His many moods and personality nuances came through in his ever-changing performance and diverse repertoire. He was a talented songwriter, known for his ability to create lyrics on the spot, and he hardly ever played a song with the exact same lyrics twice. Hopkins played and recorded primarily in Texas throughout most of his career until, as one of the many blues greats who benefited from the blues revival of the 1960s, he was kept busy touring and performing at festivals. He was inducted into the Blues Hall of Fame in 1980, two years before his death.

“People have learned how to strum a guitar, but they don’t have the soul. They don’t feel it from the heart. It hurts me. I’m killin’ myself to tell them how it is.” More Quotes by Lightnin Hopkins here 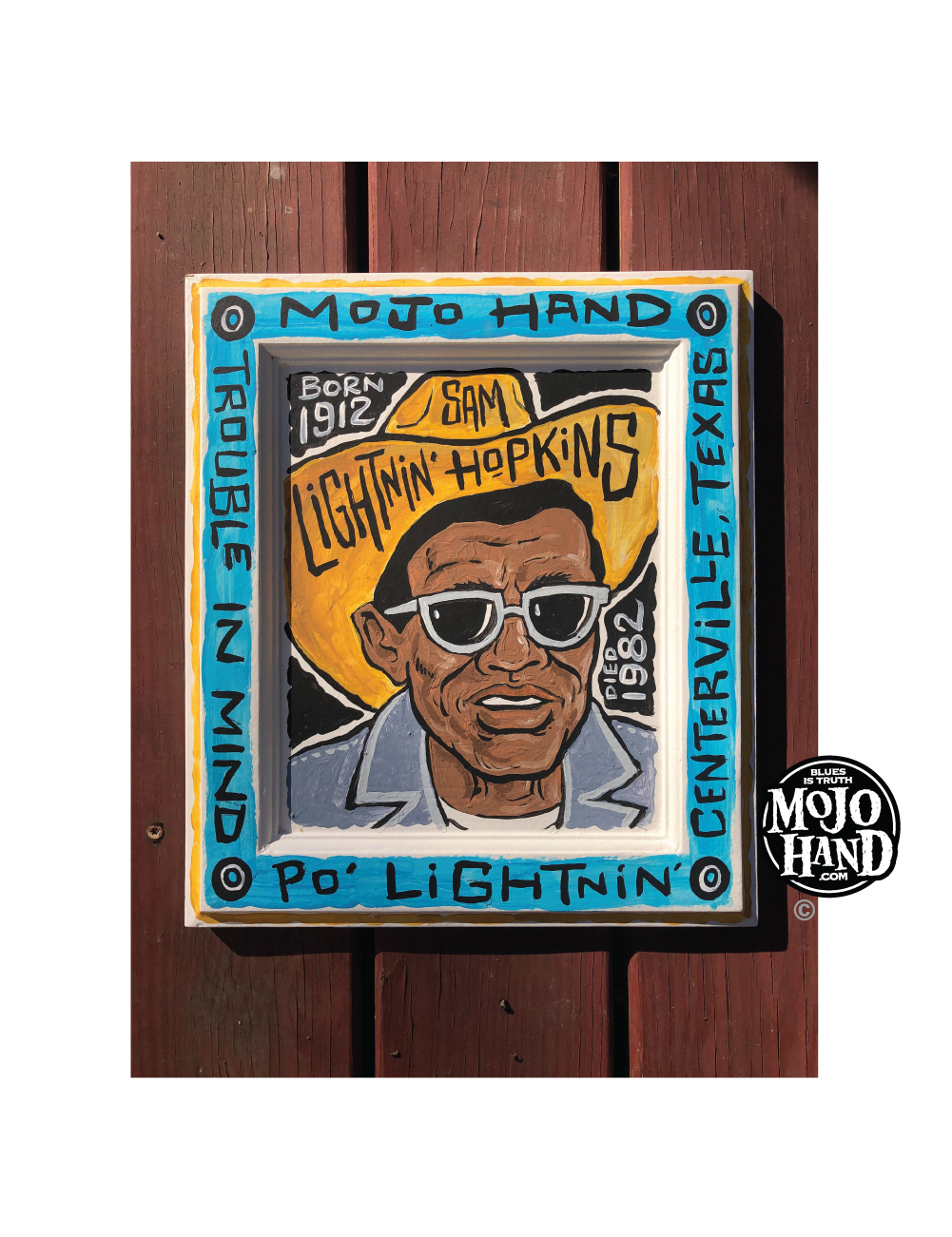 My most recent Lightnin Hopkins painting is here