Sonny Terry was a legendary harmonica player who hugely influenced both blues and folk music. Terry began his career playing on the streets of Raleigh Durham, North Carolina, where he met local blues guitarist and vocalist Blind Boy Fuller. The two began performing and recording as a duo. After Fuller’s death Terry teamed up with guitarist Brownie McGhee, who had been heavily influenced by Fuller. The musical partnership of Terry and McGhee would last three decades. The two became an important part of New York’s folk scene, playing with legends Woody Guthrie, Pete Seeger, and Lead Belly. They were a versatile and enormously popular duo who always maintained their signature style, Piedmont blues, which was specific to the southeast United States. As a team they recorded prolifically and kept a busy touring schedule. The partnership ended in the mid-seventies and Terry continued to record and perform on his own. He published a book, The Harp Styles of Sonny Terry, in 1975.

Essential listening: “Mountain Blues,” “One Monkey Don’t Stop the Show,” “Sonny’s Whoopin’ the Doop,” “I Think I Got the Blues” 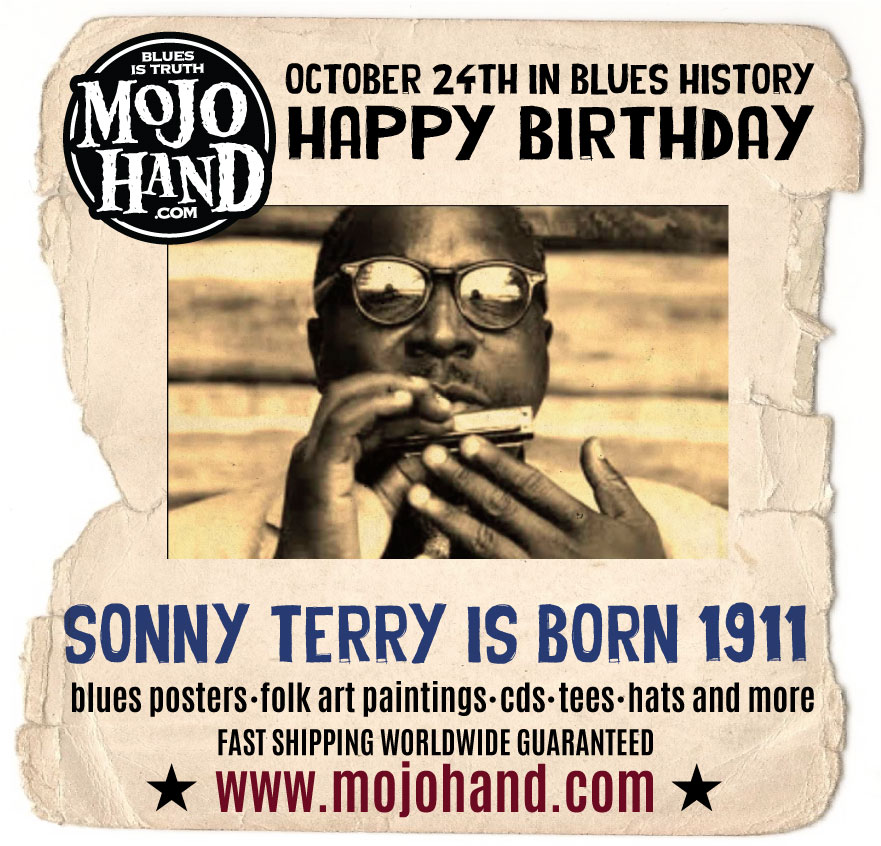