Greg Izor – Blues band of the Week at Mojohand.com 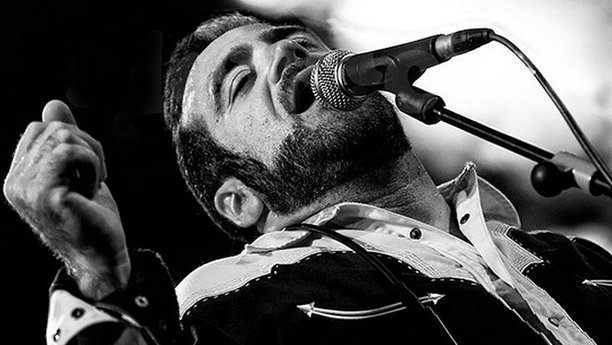 A new feature here at Mojohand.com – Blues musician of the week! I will be selecting a performer you may or may not have heard of before – and give you their facebook link so you can go give them a listen… who knows, you might find a new favorite… today it’s old friend Greg Izor

A mash-up of Louisiana grit, Austin soul, and low-down Chicago heat, blues harmonica powerhouse Greg Izor is on a roll.

Izor’s music is grounded in a deeply rooted traditional sound and shaped by the influence of the harmonica masters, as well as Louisiana blues, southern soul, swamp pop, early jazz, and R&B. His playing is evidence of the records he’s gotten his hands on and the greats he has played with over the years. Izor’s songwriting and playing are not to be missed, and his newest record, “I Was Wrong” is described as “filled with swinging, deep-fried fat back licks.”

A Vermont native and an old soul, Izor moved south to New Orleans to get his hands dirty. He fell in with one of today’s harmonica greats, Jumpin’ Johnny Sansone, who mentored young Izor and helped him develop his style. Izor became a Bourbon Street regular, earning a nightly residency at the Funky Pirate Club and playing around town in New Orleans’ clubs, from the well known Maple Leaf Bar and Tipitina’s to the funky neighborhood bars, and the clubs on the now legendary Frenchmen Street. His weekends were spent venturing to swampland juke joints, playing steamy gigs that lasted well into Sunday morning. During his Louisiana years, Izor played with Eddie Bo, Jerry “Boogie” McCain, Henry Gray, Wolfman Washington, Oliver “La La” Morgan, and Clarence “Gatemouth” Brown – even earning a spot in the all-star house band at Gate’s barbecue joint in New Orleans.

After a successful run in Louisiana and appearances at New Orleans Jazz and Heritage festival and Jazz Fest harmonica shows, Izor packed up his harps and set his sights on Austin. In Austin, Izor connected with the blues icons that have called Austin home– Pinetop Perkins, Gary Primich, Derek O’Brien, Denny Freeman, and Marcia Ball- and newer players like the Fabulous Thunderbirds’ Mike Keller, Johnny Moeller, and Nick Curran. Izor was a welcome addition to the musical scene and established his reputation for intense, high energy performances, stunning technique and musical ear, playing regularly at The Continental Club and Antone’s. His band, the Box Kickers, has turned heads in a town saturated with great players. He has been described by Living Blues Magazine as “That all-too-rare total package- a creative vocalist, harp player, songwriter, and showman.”

Izor also landed the gig fronting the legendary Texas band Anson Funderburgh and the Rockets. Blowing heavy riffs and singing the band’s hits, Greg has upheld the tradition set forth by one of his heroes, Sam Myers. Most days, Greg Izor can be found playing for the crowds at Evangeline Cafe or leading bands in legendary juke joints on the east side of town. Stick around and you just might get lucky enough to sample his homemade barbecue or gumbo at a late-night jam at the Izor house – his meticulous precision on harmonica is reflected in his efforts in the kitchen, as his fortunate friends will attest. After successful tours of the US and Europe, he is looking forward to continuing to bring his fresh riff on a classic American sound to audiences everywhere and introducing newcomers to The Blues. – Ashley Moore