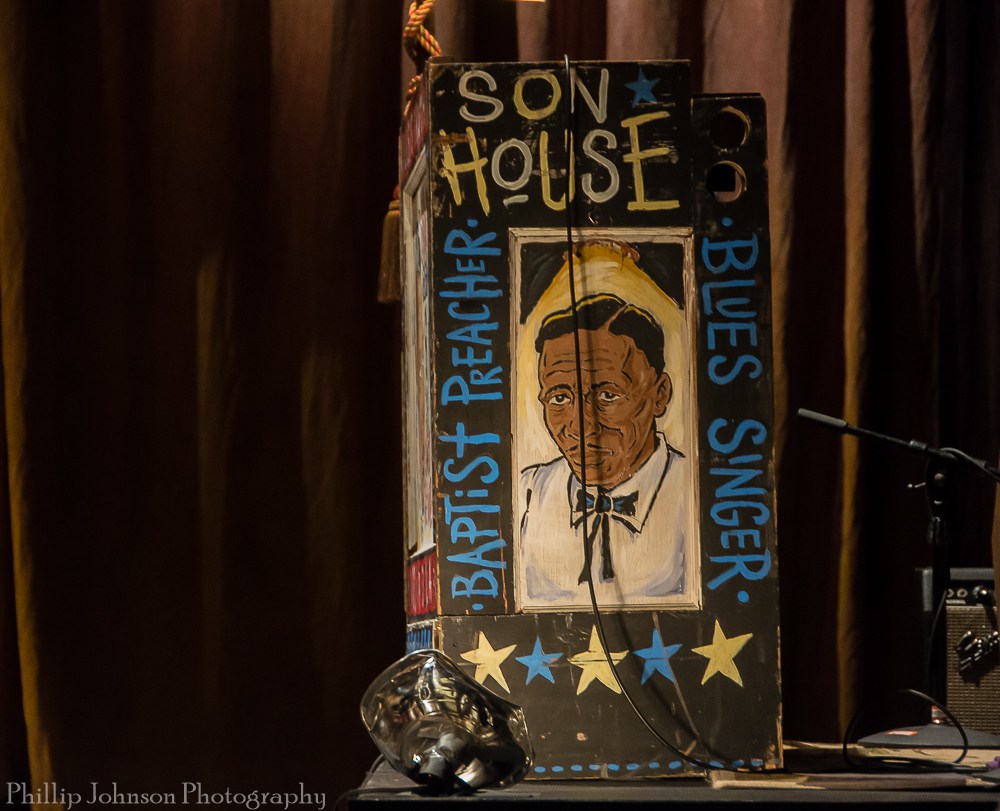 Grego is hired to create stage props for Hugh Laurie, a big collector of Mojohand art.

I have been fortunate in my nearly 30 years of being a professional painter and musician of being befriended by some amazing people on this earth, and one of my favorites is Mr. Hugh Laurie who not only owns a large number of original paintings, but he also sought out my help to transform a few pieces of his stage show to reflect his love of the Blues. His team shipped me a large and very heavy wooden partition that went around his keyboard players gear and wanted his favorite musicians depicted all over it in my signature folk art style. After 3 weeks of work, and a huge shipping bill – I delivered the final piece to his production company in LA. Fortunately, Hugh was playing at the Paramount Theatre in Austin, Texas – my current place of residence, and I got to spend an evening with Hugh, his charming wife and the majority of his band – we caught the Paul Oescher show and enjoyed a bit of nightlife the night before his ATX performance… and I followed it up with some great seats and backstage passes courtesy of Hugh as well – a great evening of the Blues… he is truly a showman who loves the Blues with a reverence. I will post some more of these pics when I run across them on my phone, but for now, here are a few I grabbed off the web.