Tim Griffin – Blues band of the Week at Mojohand.com 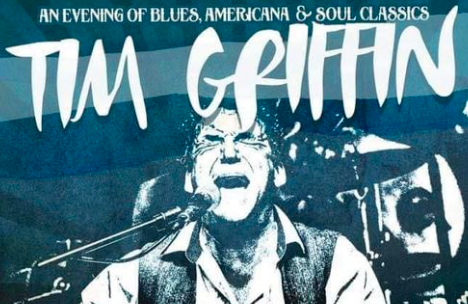 A new feature here at Mojohand.com – Blues musician of the week! I will be selecting a performer you may or may not have heard of before – and give you their facebook link so you can go give them a listen… who knows, you might find a new favorite.

Tim Griffin is an award winning Blues and Roots artist based in North Queensland, Australia.

He has toured extensively both throughout Australia and Overseas since 2010. Tim is a highly sought after musician for private, corporate and festival events right throughout the year.

In 2012 he won the Base Q Memphis Blues Challenge in Brisbane which gave him the right to represent Queensland at the International Blues Challenge in Memphis USA. His quarter final result there placed him in the top 100 unsigned blues artists in the world.

Tim then travelled to New Orleans and performed several shows on Bourbon St. He released his first album ‘Castle Hill Blues’ on his return to Australia and went on to tour nationally to promote the album.  ‘Castle Hill Blues’ (2012), has become an iconic blues recording. The recording is very honest and showcases Tims abilities as a solo performer. The album received significant airplay in Australia and the US. ‘Shake ya Hoodoo’ has gone on to reach #13 on the Australian Blues and Roots charts and continues to gain both national and international airplay.

In 2014 he began writing for his second album ‘Shake Ya Hoodoo’ which was released on the 30th of January 2016. The album was recorded with a powerhouse band that includes Trombone legend Sarah Morrow (formerly musical director for Dr John and Trombone player for Ray Charles) and Keyboard Player Michael Caruana (Melbourne Ska Orchestra).The album truly is an international affair having been recorded in New Orleans, Vienna, Melbourne and Rockhampton.

He has recently released his third album ‘The Outlaw Session’s Vol 1’.  This album is a must have for any Lover of the country/roots/blues genres. It was recorded at Lonesome Belle studios and has been picked up by for representation in major licensing companies in America and is being considered for film and television soundtracks. He has also featured as a guest artist on the highly acclaimed ‘Joel Sutton Rhythm and Blues Revue Volume 1’ on the track ‘Too many cooks’. The album reached #1 on the Australian Blues and Roots charts and continues to build much acclaim.

Tim has had the honour of supporting   Tim Friedman, Jeff Martin, The Black Sorrows, Russell Morris, James Reyne, Blue King Brown, Mark Seymour and Andrew Strong and the Commitments as well as for his mentor Willie Hona (Herbs). He was also named the ABFM Overall National Prize Winner for 2016. He has played at a wide range of festivals most notably Blues on Broadbeach on The Gold Coast.

Tim has a vast musical repertoire ranging from Blues, Reggae, Rock, Soul and Funk and Easy Listening. He is available for both festival, private and corporate bookings.

Tim Griffin is honoured to be endorsed and supported by Maton Guitars and Wazinator Stomp Boxes.