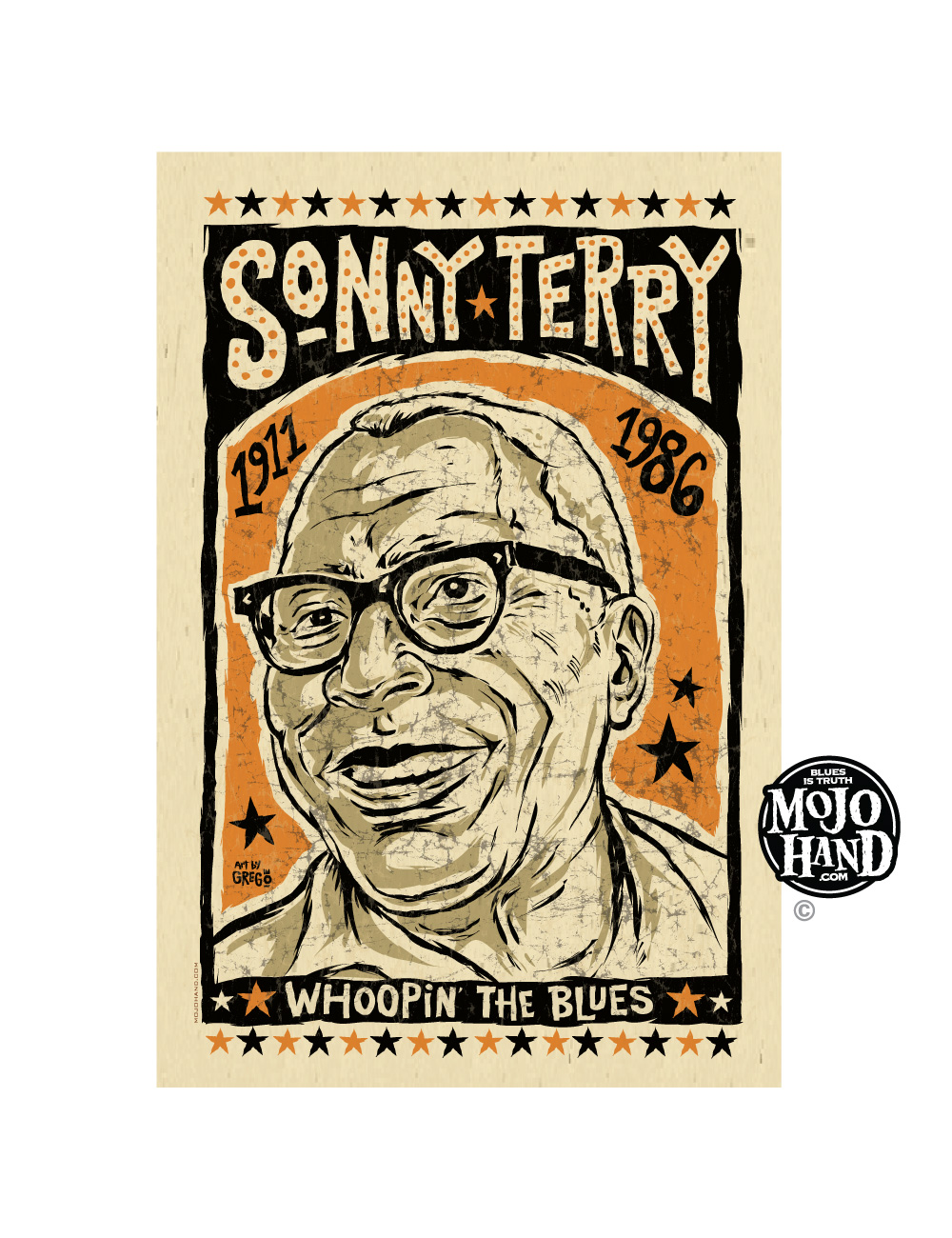 Harmonica player Sonny Terry was one of the initial bluesmen who crossed over into areas not normally associated with the genre before he came along. Along with his partner, guitarist Brownie McGhee, Terry played on numerous folk recordings with the likes of Woody Guthrie, developed an acting career showcased on television and Broadway, and never compromised his unique high-pitched penetrating harmonica style called whoopin’ – I am a huge fan of the pairing of McGhee and Terry – have dozens of CD compilations and find myself whooping a bit here at the house from time to time – a unique player, Sonny really could find the sweet spot in the duo act. 5 Mojohand stars and a Grego favorite performer!