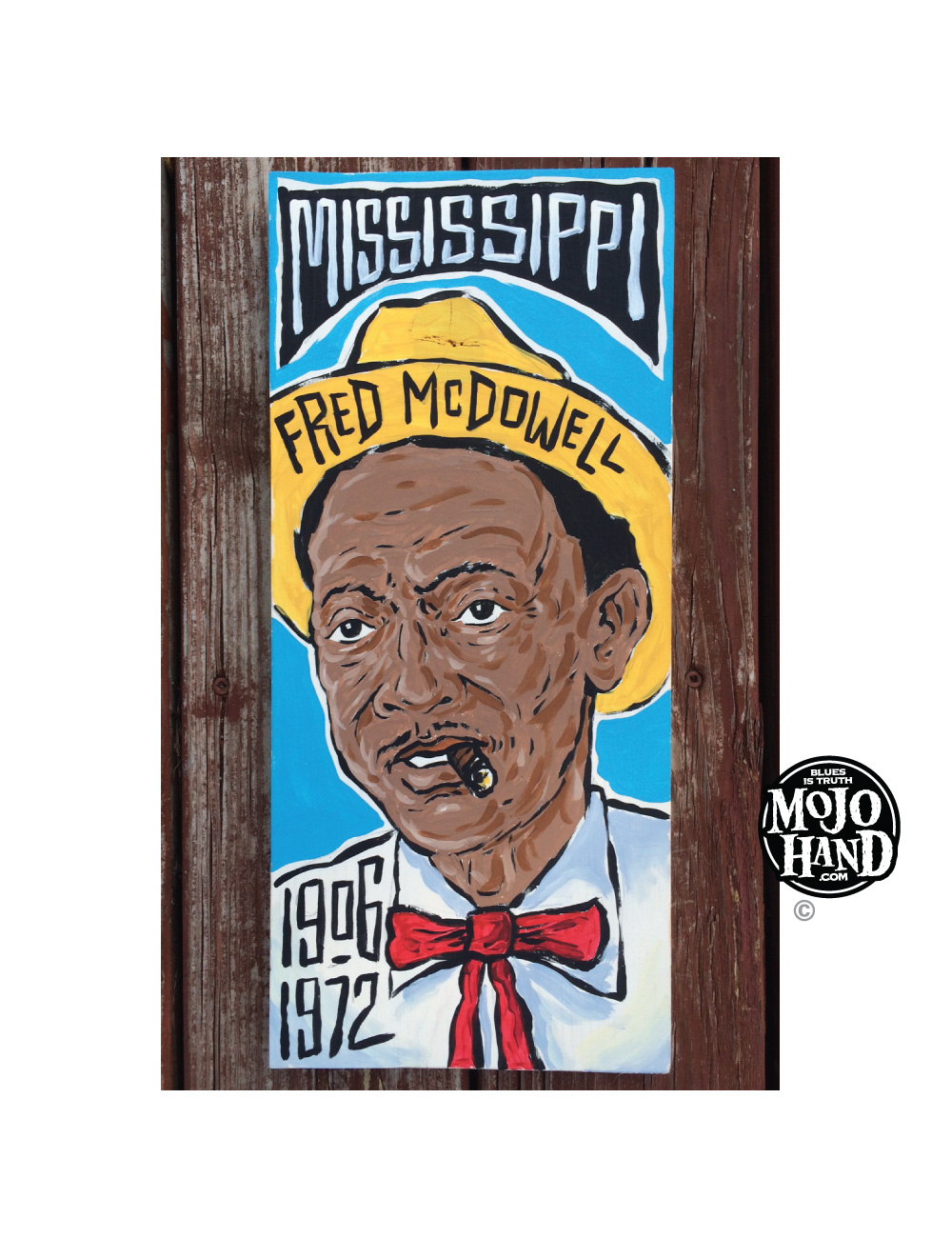 Fred McDowell, a seminal figure in Mississippi hill country blues, was one of the most vibrant performers of the 1960s blues revival. McDowell (c. 1906-1972) was a sharecropper and local entertainer in 1959 when he made his first recordings at his home on a farm north of Como for noted folklorist Alan Lomax. The originality of McDowell’s music brought him such worldwide acclaim that he was able to record and tour prolifically during his final years.

“Mississippi” Fred McDowell, as he was usually billed, was born and raised in Rossville, Tennessee. He never knew his birth date, but January 12, 1904 is often cited, although Social Security documents likely point to 1906 or 1907. His music blended the sounds he heard from Tennessee pickers to the pulsating juke joint sounds of the North Mississippi hillcountry and the hard-edged blues he picked up during years spent in the Delta.  Spirituals were an important part of his repertoire, and one, “You Got to Move,” recorded by McDowell in 1965, gained widespread fame when the Rolling Stones recorded it on their album Sticky Fingers.

Pictured here is one of my numerous Blues folk art paintings of Mississippi Fred McDowell, sold only thru my one man Blues gallery and boutique – Mojohand.com. I am proud to say I am the only employee of my little company and have made it over 20 years painting, playing and designing Everything Blues!