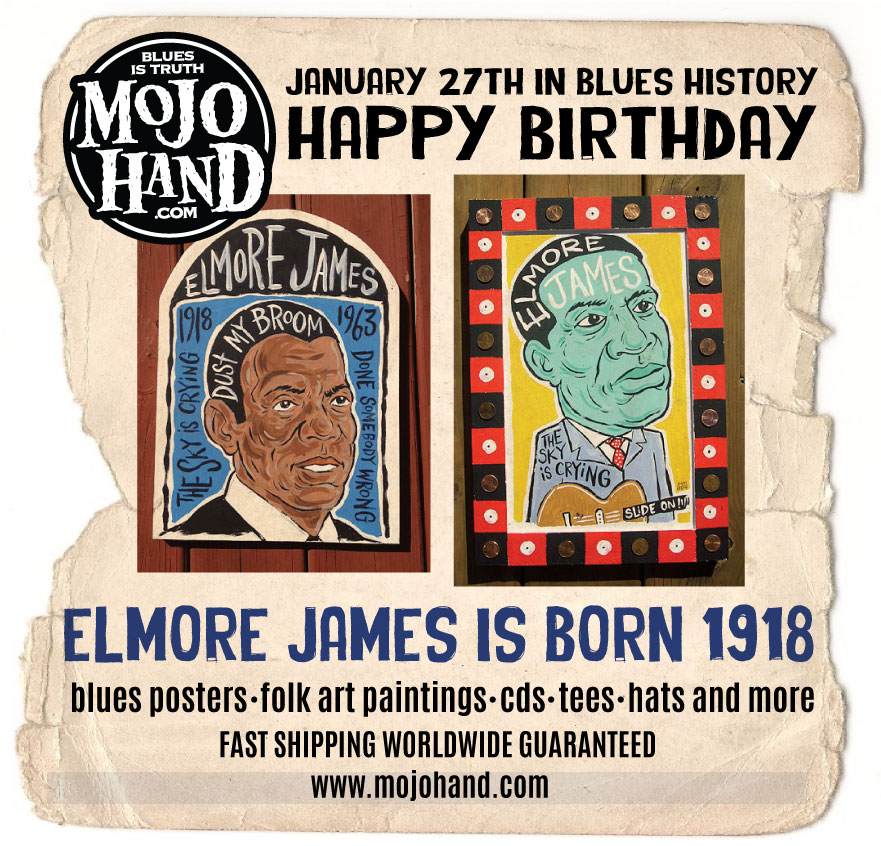 Elmore James was an American blues guitarist, singer, songwriter and bandleader. He was known as “King of the Slide Guitar” and was noted for his use of loud amplification and his stirring voice. For his contributions to music, James was inducted into the Rock and Roll Hall of Fame in 1992.

There is not much you could say about Elmore that hasn’t been said – his overdriven sound influenced everyone that ever heard it – from the hippies to the metal heads of the 70s and 80s – even Metallica has praised the man who had more heart attacks than number one hits. I began playing lapsteel only to try and learn as many Elmore licks as possible… but it was not to be. I can pretend, but the magic of Elmore James is simply not attainable for me at this point. I play a finger picking style version of “it hurts me too” in my little acoustic trio at every gig and one day hope to do it justice. In the meantime, he left us a large pile of recordings – including my favorite box set of the fire and fury works… a must have for any Blues lover.