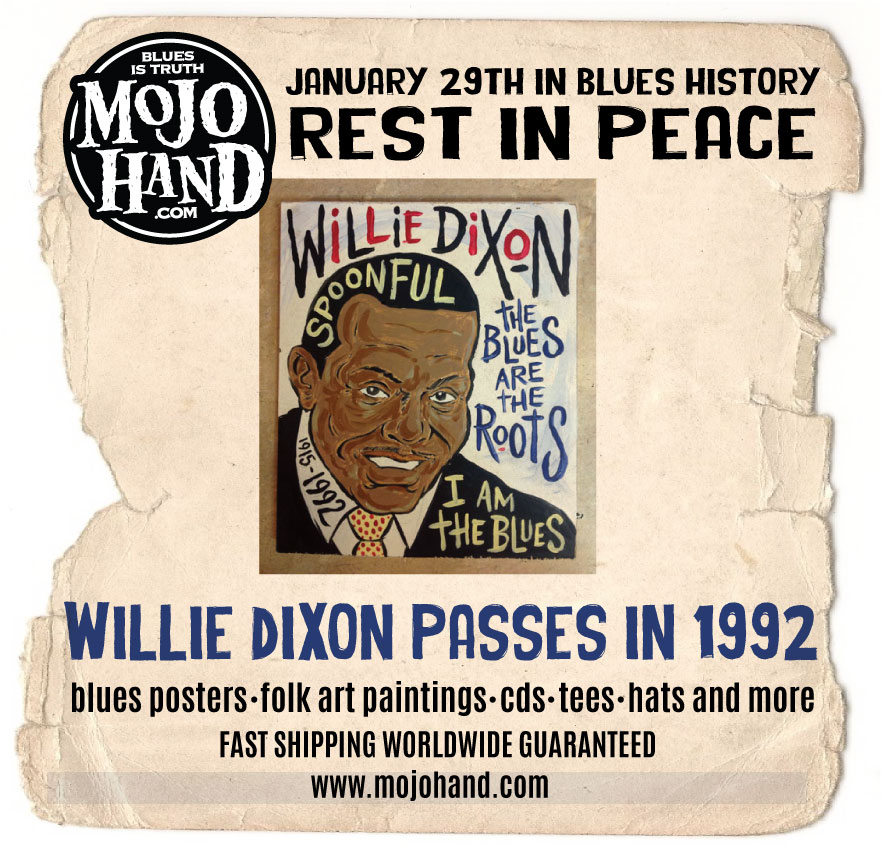 William James Dixon was an American blues musician, vocalist, songwriter, arranger and record producer. He was proficient in playing both the upright bass and the guitar, and sang with a distinctive voice, but he is perhaps best known as one of the most prolific songwriters of his time. Willie Dixon not only was the greatest writer the Blues has ever seen, but his arranging, phrasing and influence stretched far into rock and roll – no one has escaped his looming shadow.

His passing left a void in the genre that can never be filled, but I am so happy to have his legacy in recorded works to enjoy for the rest of my time on the planet. He was the Blues.