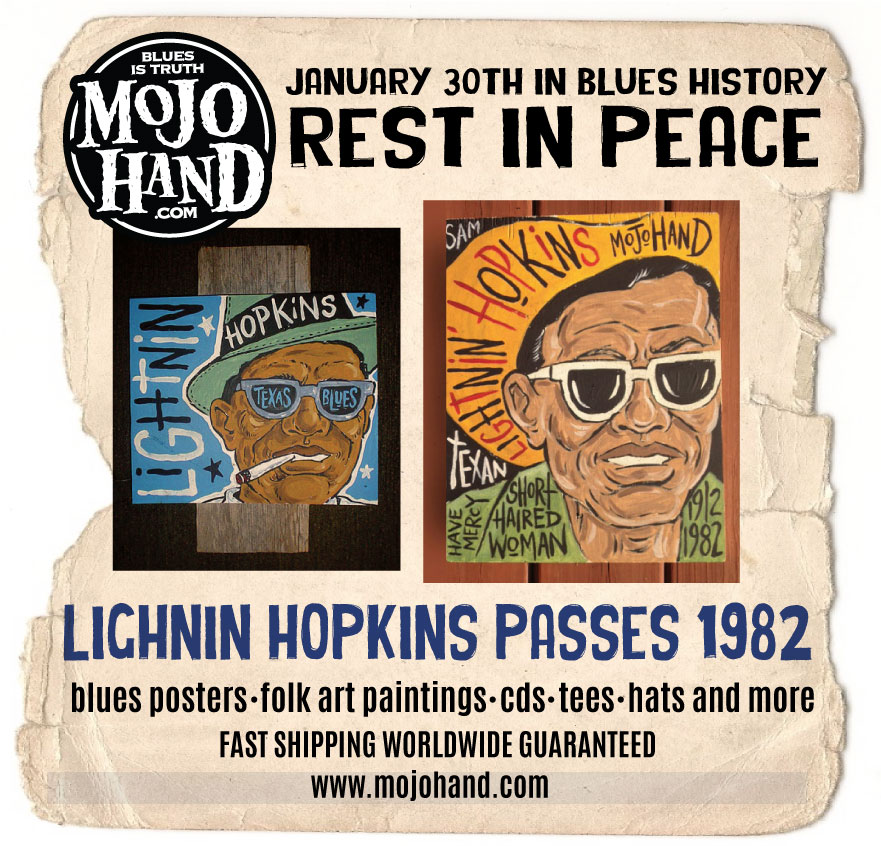 Samuel John “Lightnin'” Hopkins was an American country blues singer, songwriter, guitarist and occasional pianist, from Centerville, Texas. Rolling Stone magazine ranked him number 71 on its list of the 100 greatest guitarists of all time.

Lightnin was by far my favorite Blues artist, he is tattooed on my shoulder, easily half of my guitar work is from his Texas country bag of tricks – fortunately I lived in Austin for 30 years and met dozens of people who knew him, had played with him or had seen him perform numerous times.