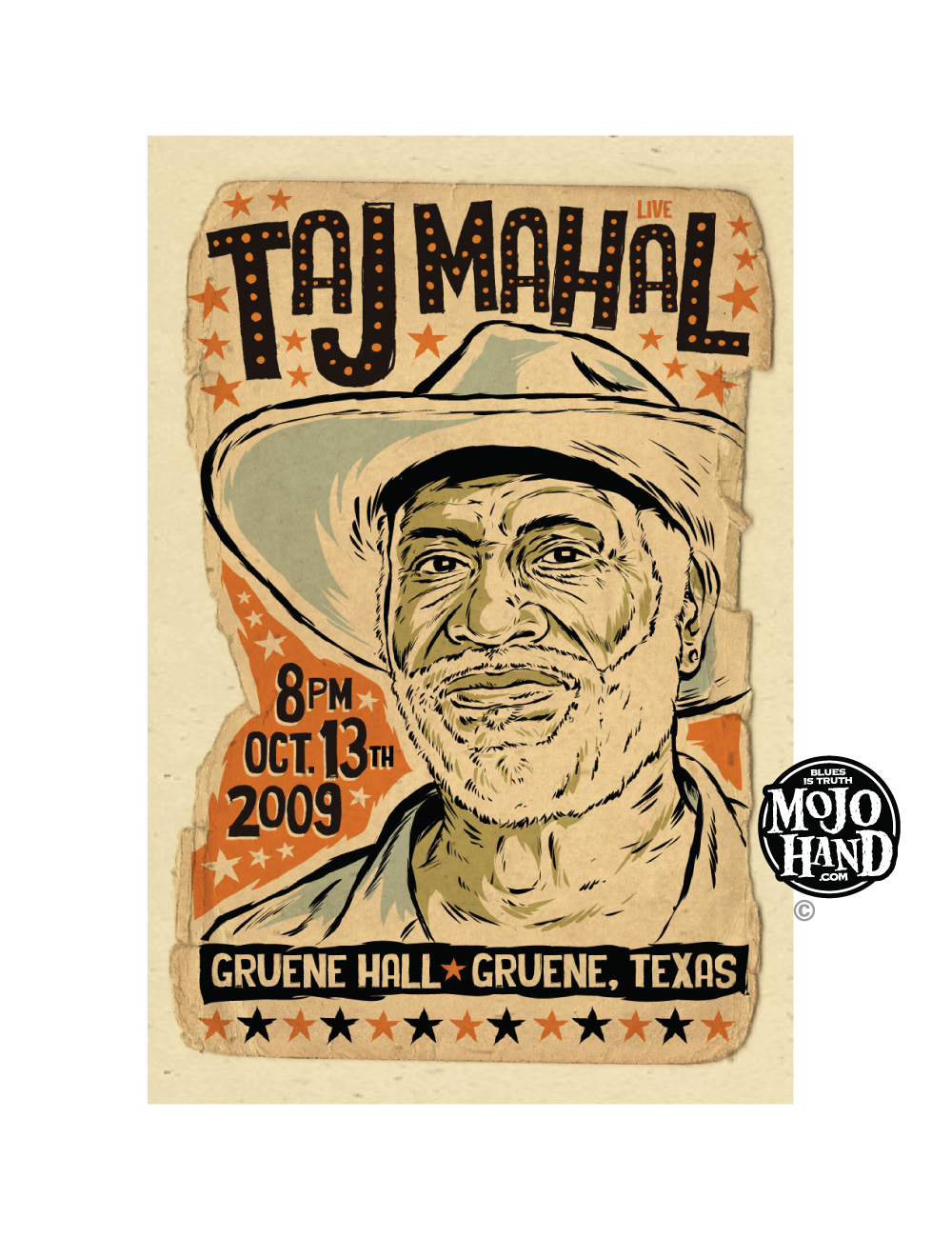 From Mojohand.com – The Home of Everything Blues since 2001, celebrating the music and the legends of the Blues art form

While attending the University of Massachusetts at Amherst as an agriculture student in the early 1960s the musician transformed himself into Taj Mahal an idea that came to him in a dream. He began playing with the popular U. Mass. party band The Elektras then left Massachusetts in 1964 for the blues-heavy Los Angeles club scene. There he formed The Rising Sons withRy Cooder Ed Cassidy Jesse Lee Kinkaid Gary Marker and Kevin Kelly. At the Whiskey A Go Go in Los Angeles The Rising Sons opened for Otis Redding Sam the Sham The Temptations and Martha and the Vandellas at The Trip. Taj also had the opportunity to hear meet and play with such blues legends as Howlin’ Wolf Muddy Waters Junior Wells Buddy Guy Louis and Dave Meyers Sleepy John Estes Yank Rachel Lightin’ Hopkins Bessie Jones the Georgia Sea Island Singers and Hammy Nixon.